Sentenced to death: a teacher in China poisoned 25 kindergarten students 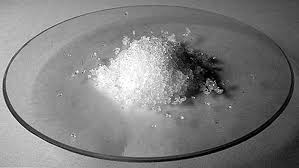 A woman in Honk Kong put nitrite to the porridge that kindergarten students ate for breakfast. The result: 25 poisoning cases and 1 death. The reason for that was a recent dispute between a teacher named Wang Yin and a college. The frightening happening was on March 27, 2019, but only a few days ago (on September 28, 2020) the court ruled out the case by sentencing a woman.

The dispute was nothing serious: ‘student management questions’. Was that worth so many victims? The answer is obvious for all reasonable people but, sadly, not for Wang Yin. As the class was poisoned, students started vomiting, so they were all sent to a hospital. The court rightfully ruled out that the motives for such a terrifying case were despicable, the realization was cold-blooded & the turpitude of a woman was extremely profound, which altogether caused very serious consequences, making a person to be outlined from the society in such a deserved manner.

What’s more horrendous, another case with Mrs. Wang was unearthed during the court’s hearings: she poisoned her husband the same way in 2017 (a man has survived).

Ref.: nitrite is a type of salt used for curing meats and it is toxic when ingested by a human. This case is not the first in the row of poisoning in China. As there is simply no access to firearms for regular citizens in China, criminals adhere to poison and knives to make harm to their victims. The latest similar school poisonings in this country were in 2014 and 2013, taking 2 children’s lives in each case.

Google wants to make all app developers pay 30% share for...

Got used to wear masks? Well, not anymore soon